March 06, 2020
An interview I recently did for Post Perspective 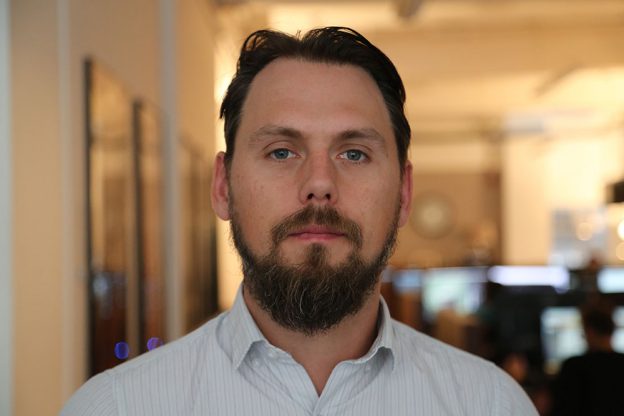 Can you describe your company?
For the last four years, I’ve worked at BlueBolt, a Soho-based visual effects company in London. We work on high-end TV and feature films, and our main area of specialty is creating CG environments and populating them. BlueBolt is a privately owned company run by two women, which is pretty rare. They believe in nurturing good talent and training them up to help break through the glass ceiling, if an artist is up for it.

What’s your job title?
I joined as a lead compositor with a view to becoming a 2D supervisor, and now I am one of the studio’s main core VFX supervisors. 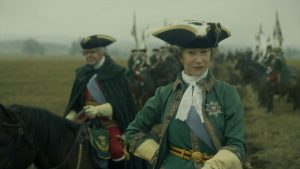 What does that entail?
It means I oversee all of the visual effects work for a specific TV show or movie — from script stage to final delivery. That includes working with the director and DP in preproduction to determine what they would like to depict on the screen. We then work out what is possible to shoot practically, or if we need to use visual effects to help out.

I’ll then often be on the set during the shoot to make sure we correctly capture everything we need for post work. I’ll work with the VFX producer to calculate the costs and time scales of the VFX work. Finally, I will creatively lead our team of talented artists to create those rendered images and make sure it all fits in with the show in a visually seamless way.

What would surprise people the most about what falls under that title?
The staggering amount of time and effort involved by many talented people to create something that an audience should be totally unaware exists. If we have done our job well, the viewers should never notice the work and instead just be enjoying the storytelling.

How long have you been working in VFX?
For around a decade. I started out as a rotoscope artist in 2008 and then became a compositor. I did my first supervisor job back in 2012.

How has the VFX industry changed in the time you’ve been working?
A big shift has been just how much more visual effects work there is on TV shows and how much the standard of that work has improved. It used to be that TV work was looked down on as the poor cousin of feature film work. But shows like Game of Thrones have set audience expectations so much higher now. I worked on nothing but movies for the first part of my career, but the majority of my work now is on TV shows.

Did a particular film inspire you along this path in entertainment?
I grew up on ‘80s sci-fi and horror, so movies like Aliens and The Thing were definitely inspirations. This was back when effects were almost all done practically, so I wanted to get into model-making or prosthetics. The first time I remember being blown away by digital VFX work was seeing Terminator 2 at the cinema. I’ve ended up doing the type of work I dreamed of as a kid, just in a digital form.

Did you go to film school?
No, I actually studied graphic design. I worked for some time doing animation, video editing and motion graphics. I taught myself compositing for commercials using After Effects. But I always had a love of cinema and decided to try and specializing in this area. Almost all of what I’ve learned has been on the job. I think there’s no better training than just throwing yourself at the work, absorbing everything you can from the people around you and just being passionate about what you do.

What’s your favorite part of the job?
Each project has its own unique set of challenges, and every day involves creative problem-solving. I love the process of translating what only exists in someone’s imagination and the journey of creating those images in a way that looks entirely real.

I also love the mix of being at the offices one day creating things that only exist in a virtual world, while the next day I might be on a film set shooting things in the real world. I get to travel to all kinds of random places and get paid to do so!

What’s your least favorite?
There are so many moving parts involved in creating a TV show or movie — so many departments all working together trying to complete the task at hand, as well as factors that are utterly out of your control. You have to have a perfectly clear idea of what needs to be done, but also be able to completely scrap that and come up with another idea at a moment’s notice.

If you didn’t have this job, what would you be doing instead?
Something where I can be creative and make things that physically exist. I’m always in awe of people who build and craft things with their hands. 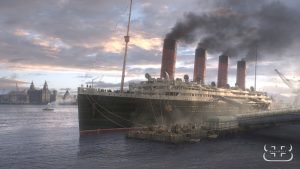 Can you name some recent projects you have worked on?
Recent work has included Peaky Blinders, The Last Kingdom and Jamestown, as well as a movie called The Rhythm Section.

What is the project that you are most proud of?
I worked on a movie called Under the Skin a few years ago, which was a very technically and creatively challenging project. It was a very interesting piece of sci-fi that people seem to either love or hate, and everyone I ask seems to have a slightly different interpretation of what it was actually about.

What tools so you use day to day?
Almost exclusively Foundry Nuke. I use it for everything from drawing up concepts to reviewing artists’ work. If there’s functionality that I need from it that doesn’t exist, I’ll just write Python code to add features.

Where do you find inspiration now?
In the real world, if you just spend the time observing it in the right way. I often find myself distracted by how things look in certain light. And Instagram — it’s the perfect social media for me, as it’s just beautiful images, artwork and photography.

What do you do to de-stress from it all?
The job can be quite mentally and creatively draining and you spend a lot of time in dark rooms staring at screens, so I try to do the opposite of that. Anything that involves being outdoors or doing something physical — I find cycling or boxing are good ways to unwind.

I recently went on a paragliding trip in the French Alps, which was great, but I found myself looking at all these beautiful views of sunsets over mountains and just analyzing how the sunlight was interacting with the fog and the atmospheric hazing. Apparently, I can never entirely turn off that part of my brain.